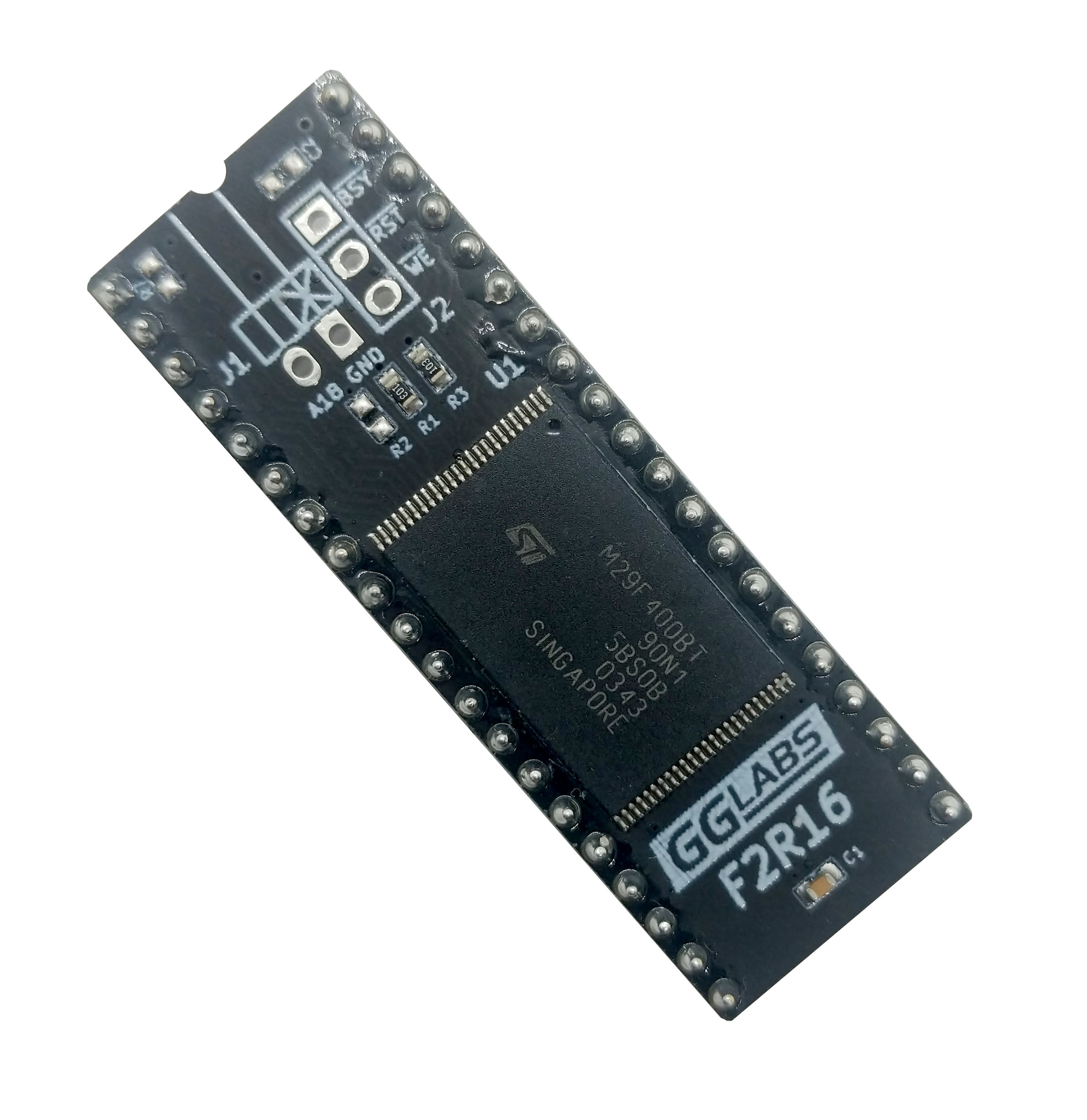 The design is heavily based on the older F2R16-A01. The major difference is the addition of the BUSY# signal in the programming header to improve the compatibility with some EPROM programmers. The schematics is pretty straight forward. It uses a 2-8Mbit TSOP-I flash device of the 29Fxxx series and adapts it to the 27Cxxx pinout. WE#, RST# and BUSY# which do not exist in the 27Cxxx pinout are wired to a header to allow programming on a TL866 using the F2R16-PROG adapter.
When using a 29F800 flash ROM, A18 can be used to select the active 512KB bank (useful for dual kickstart configurations).
The support for older motherboards is enabled by cutting the bridges at the R4 and R7 positions and mounting R6 and R5. The modification must be reverted to program the device unless the adapter is also modified. 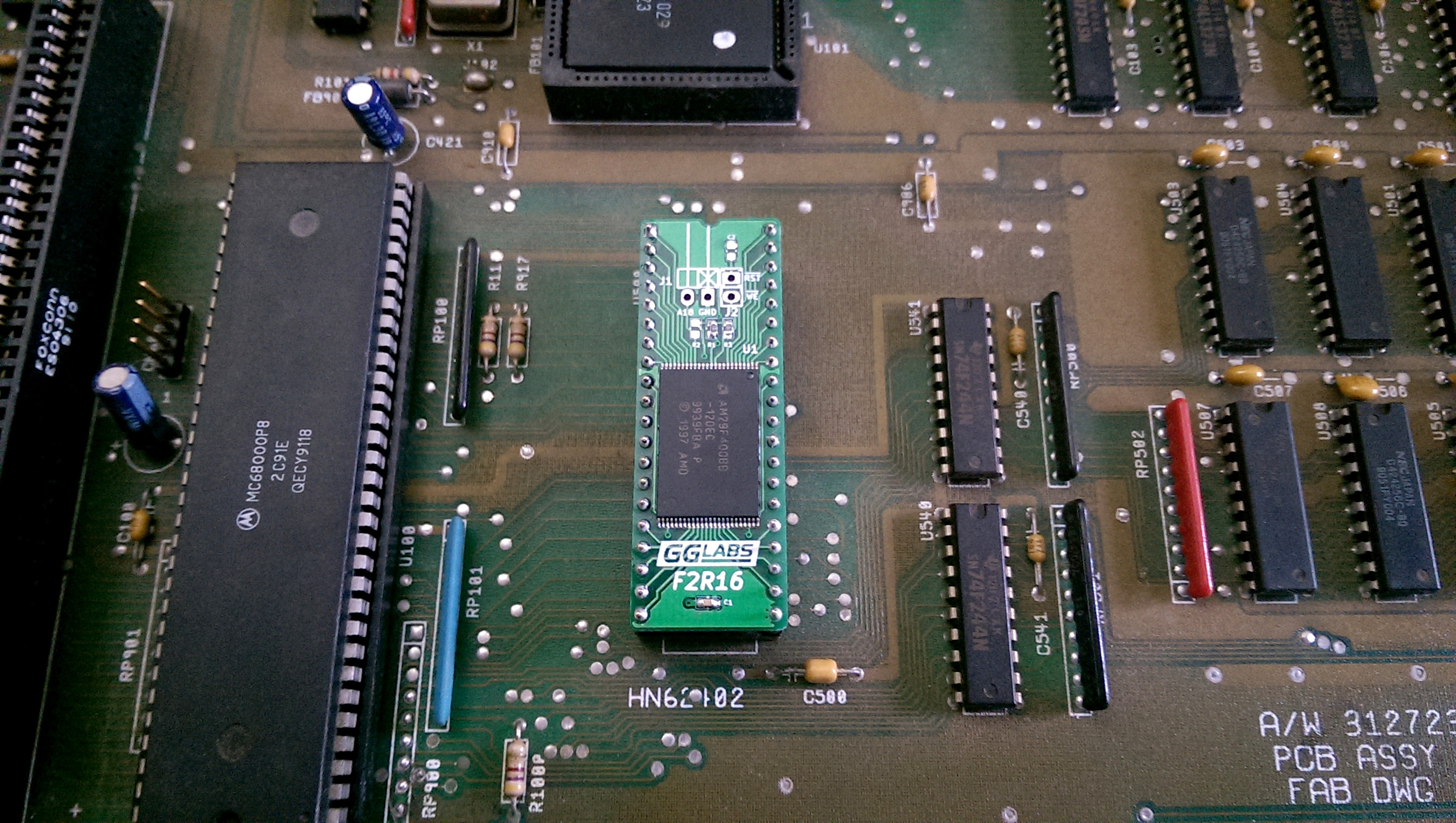 The adapter requires a programmer that can support the 29Fxxx series of flash devices. A simple adapter can be hand wired for programmers with a 48-pin socket.
When using the popular TL866 programmer, it must be equipped with both the TSOP-48 adapter and the F2R16-PROG adapter. A jumper wire is also required to connect WE#, RST# and BUSY# between the adapter and the F2R16. The A18 signal must also be connected when using 29F800 devices.
The vendor and chip in the TL866 software should be set to the actual chip soldered on the F2R16.

For all other programmers with a standard 48-pin ZIP socket, the F2R16-PROG can be paired with the GTL48 to make a complete adapter. 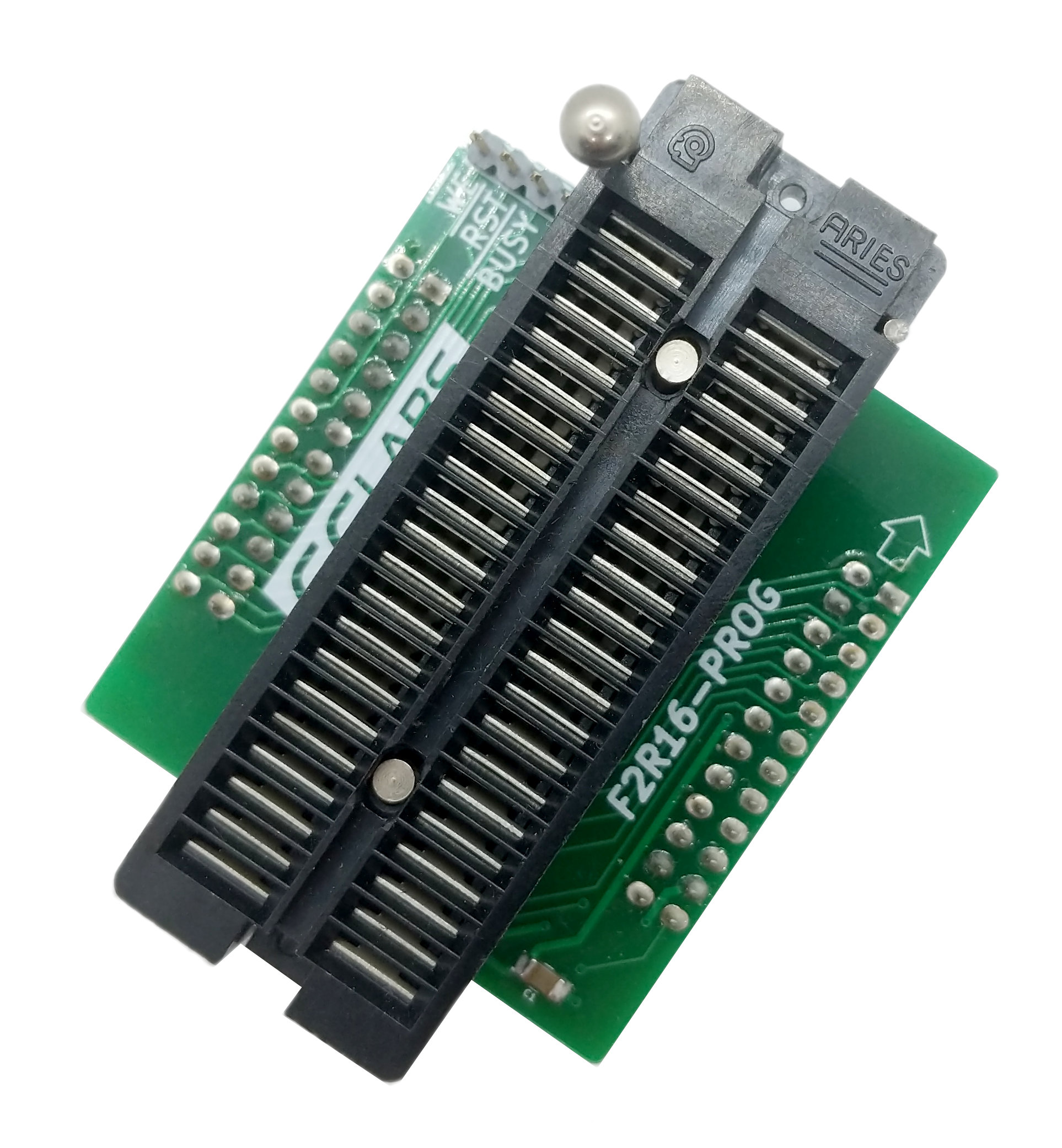 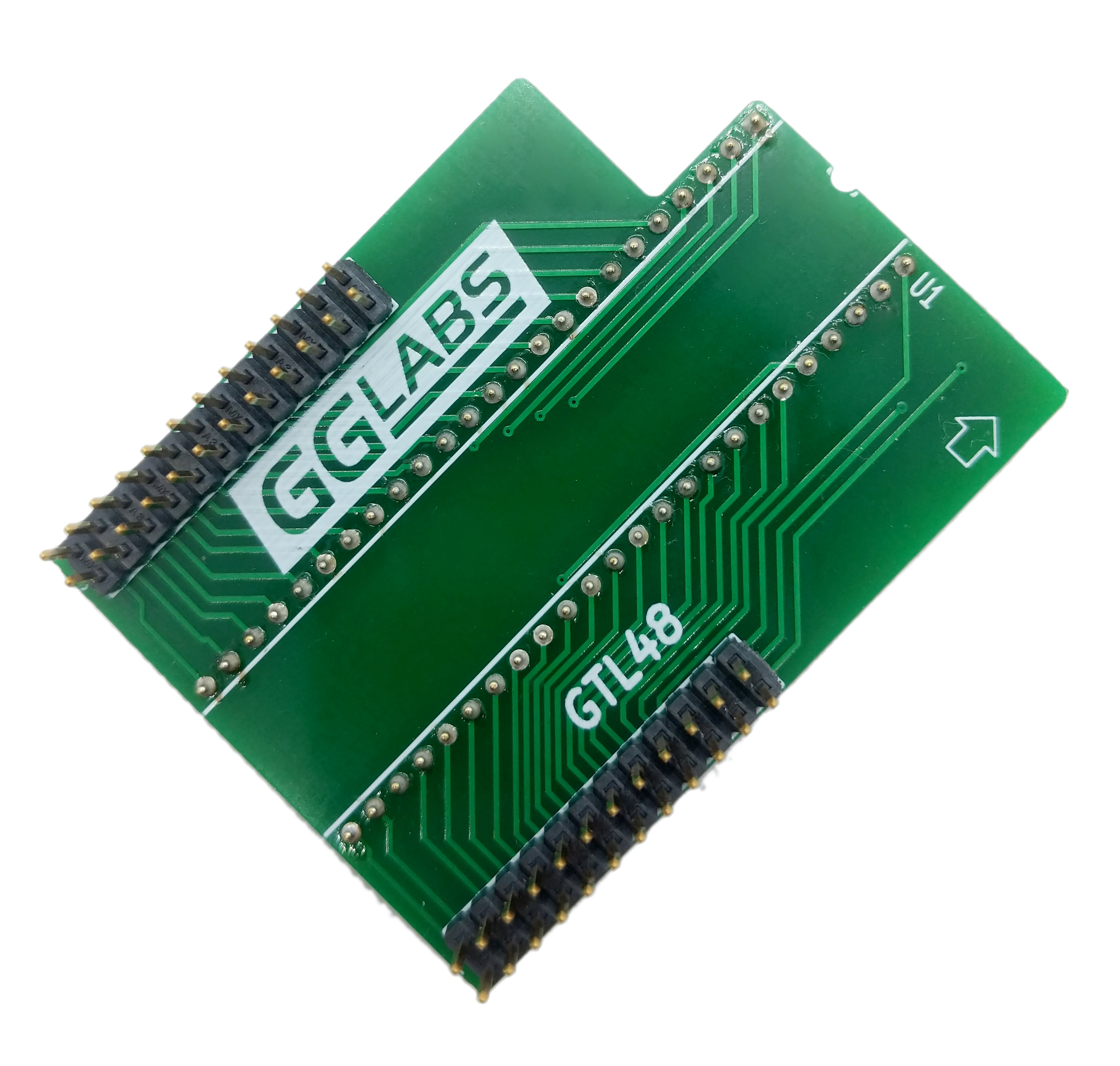 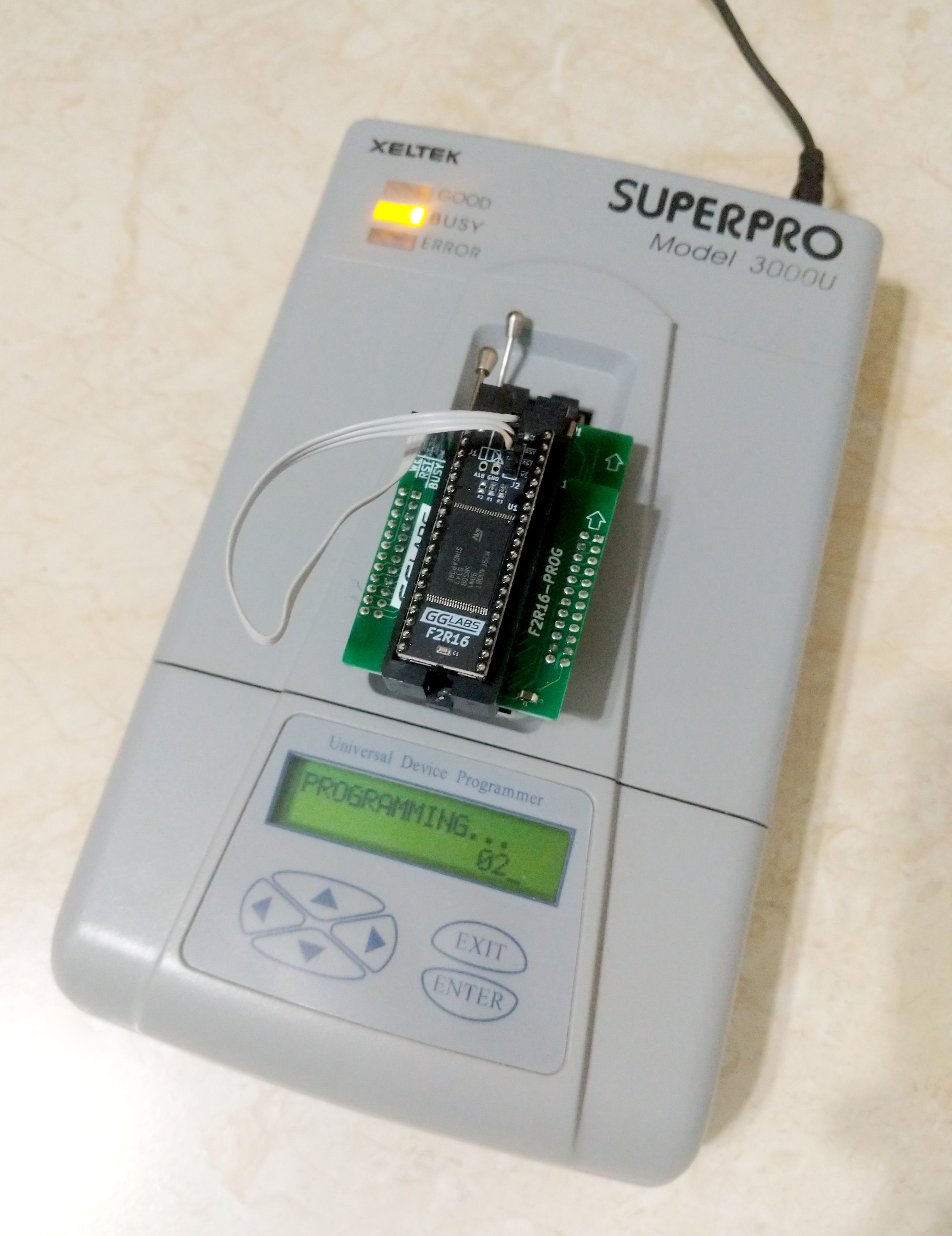