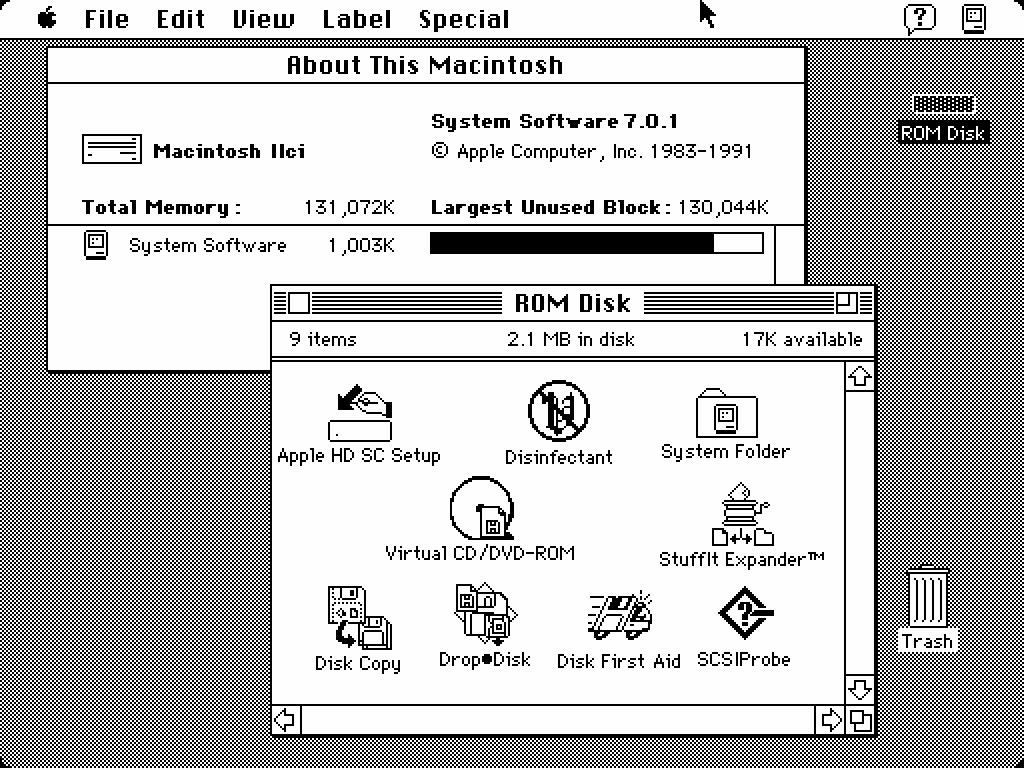 Machintosh ROM SIMMs larger than 512K have enough space to add a bootable file system to startup the MAC even without any mass storage. This tutorial will walk through the process of creating such an image.

A Mac emulator we use BasiliskII, but any emulator that can read/write raw disk images will work.
A set of MacOS install disks for the OS version you want.
The FC8 compressor and the base rom with romsidk driver 1.2 from BMOW.
The srecord package if splitting the image in separate files is necessary.
Access to a Windows machine to run FC8 or a a unix machine with wine.
Access to dd and cat or equivalent tools.

Make a empty image (or use the one from the zip file below) of exactly 2.25MB.
dd if=/dev/zero of=image.dsk bs=1k count=2304
Start BasiliskII with a boot disk and the bank image. The system will ask to format the blank disk. Select "Initialize" 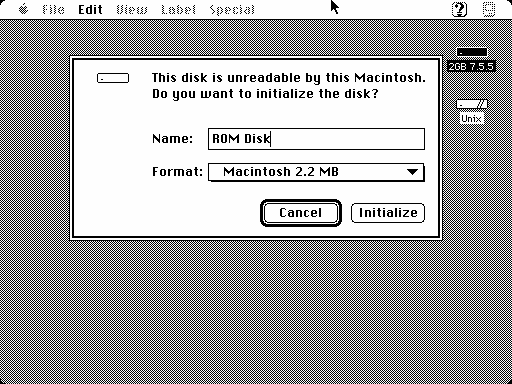 Start the MacOS installer and select "Minimal System for Any Macintosh" 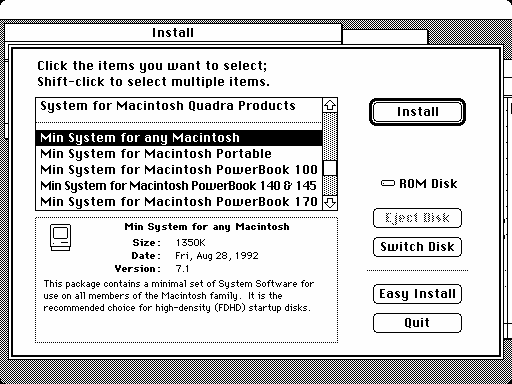 Shutdown BasiliskII an restart it with just the newly created disk image to make sure everything works as expected. 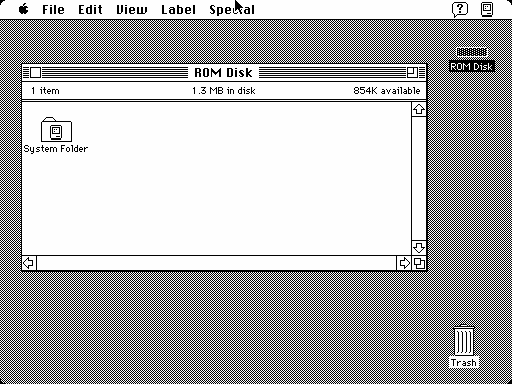 Assuming everything worked as expected, now it's time to copy programs to the ROM disk image. 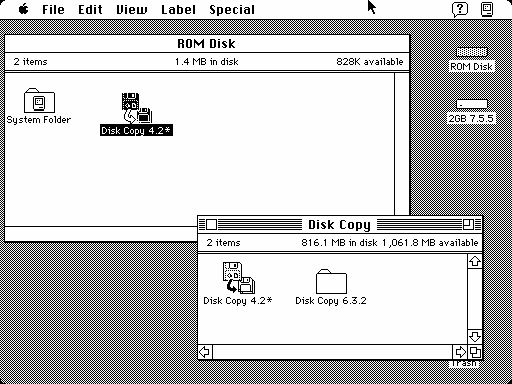 Shut down BasiliskII and compress the disk image:

Make sure the resulting file is less than 1572864 bytes. If it's too large delete some files and try again. Join the base rom with the compressed disk image:
cat romdrv1.2.rom disk.fc8 >2M_rom.bin