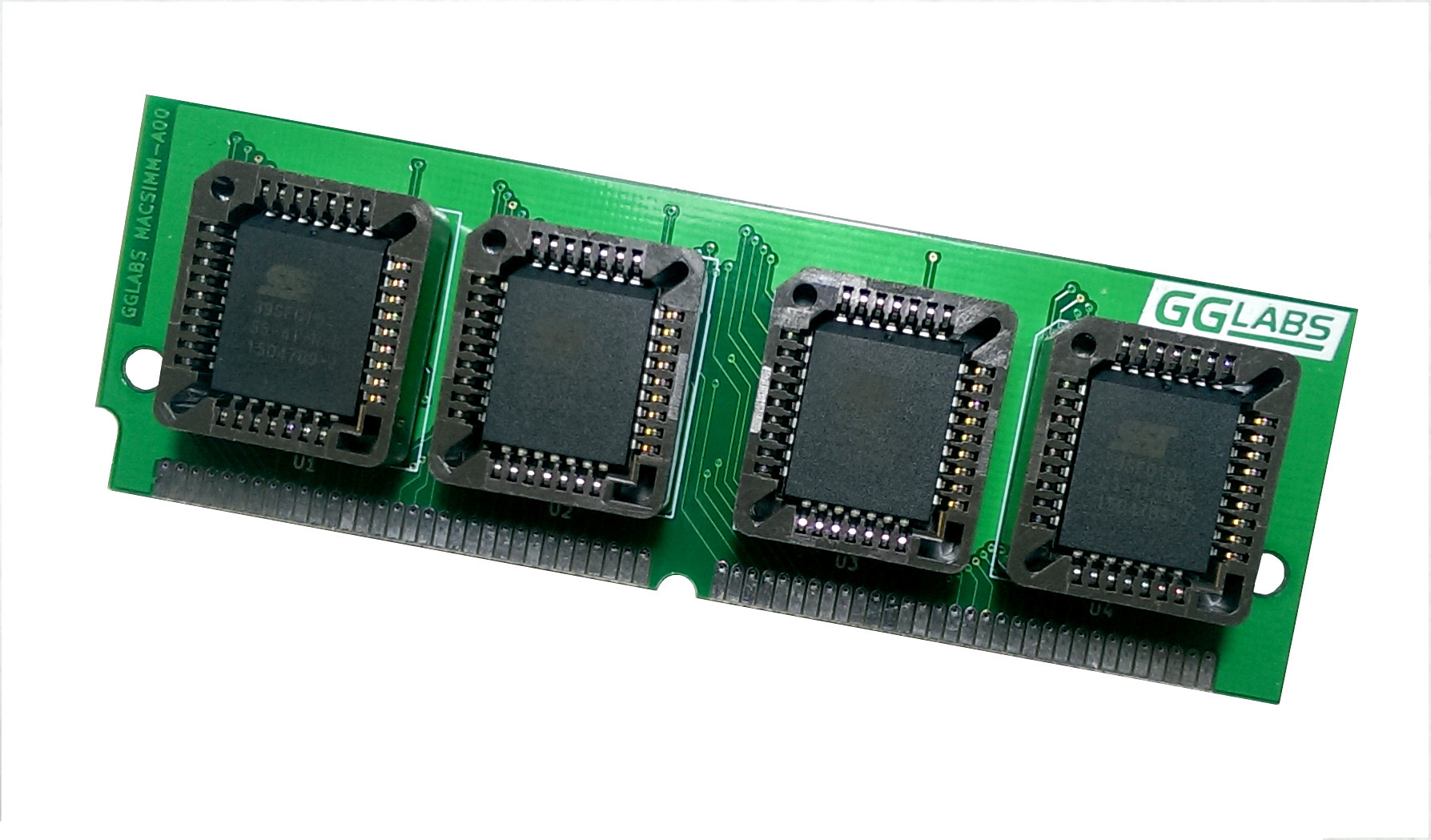 The Mac SE/30 was the fastest of the classic compact black and white Macintosh computers. It featured a 16MHz 68030 with 68882 FPU and a 32-bit memory interface and supported, albeit not officially, up to 128MB of RAM. Unfortunately the SE/30 ROM contained some old code that used 24-bit addressing making it 32-bit dirty. Many classic computer enthusiasts make their SE/30 32-bit clean by installing a Mac IIsi ROM SIMM. These are nowadays quite rare and difficult to find. MACSIMM provides a flash based replacement for the original ROM SIMM.

The original SE/30 ROM limits the usable RAM to 8MB (to address more than 8MB the user must install the MODE32 extension) also the latest MAC OS supported is 7.5.5 as all later ones require 32-bit clean ROM.
The schematics is trivial. Four flash ROMs are wired directly to the relevant pins on the SIMM connector. A few decoupling caps are placed on the SIMM to reduce the noise as the of power and ground connections at the connector are a bit weak. Pin 13 is connected to WE# to support Doug's SIMM programmer. 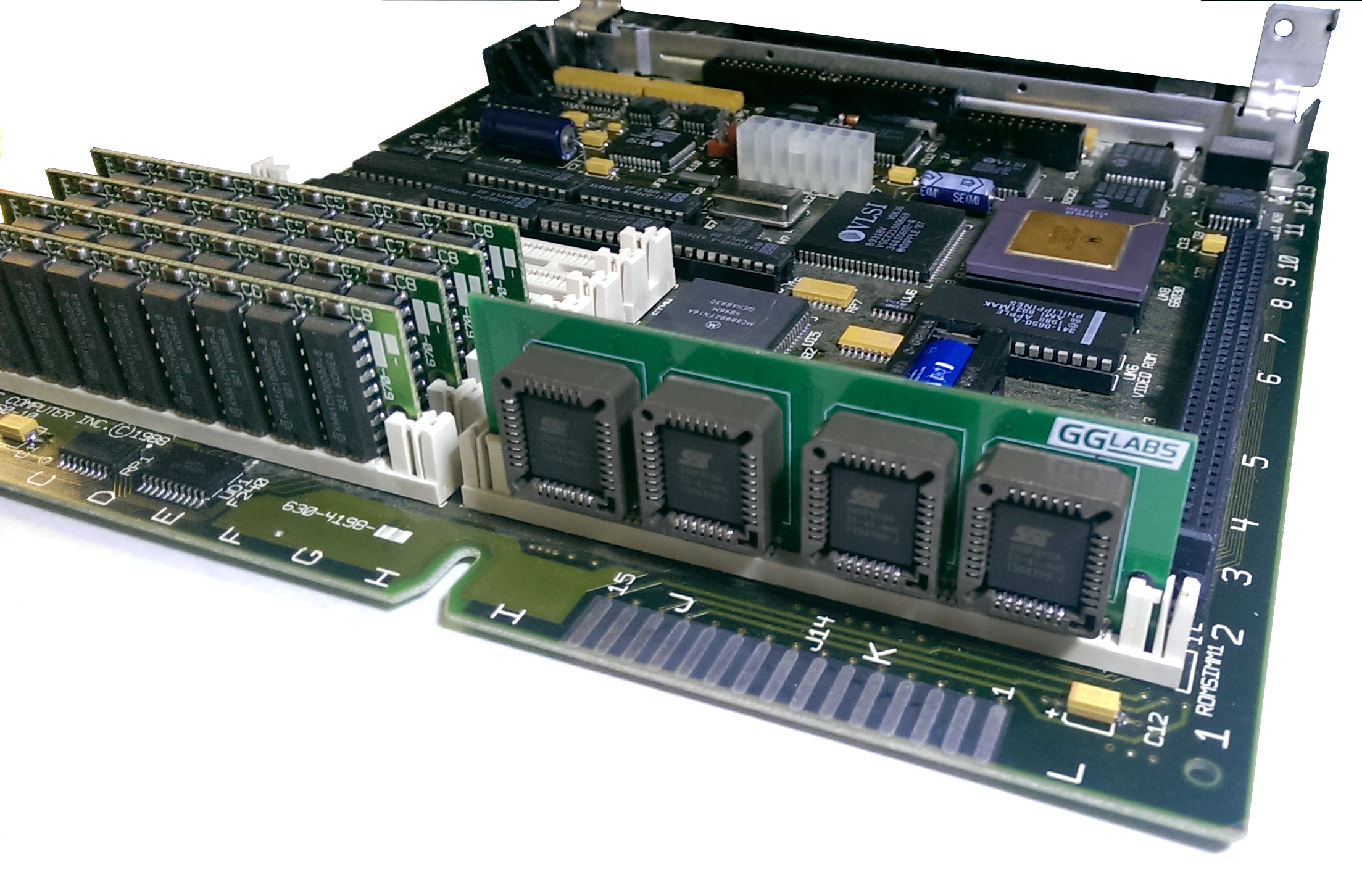 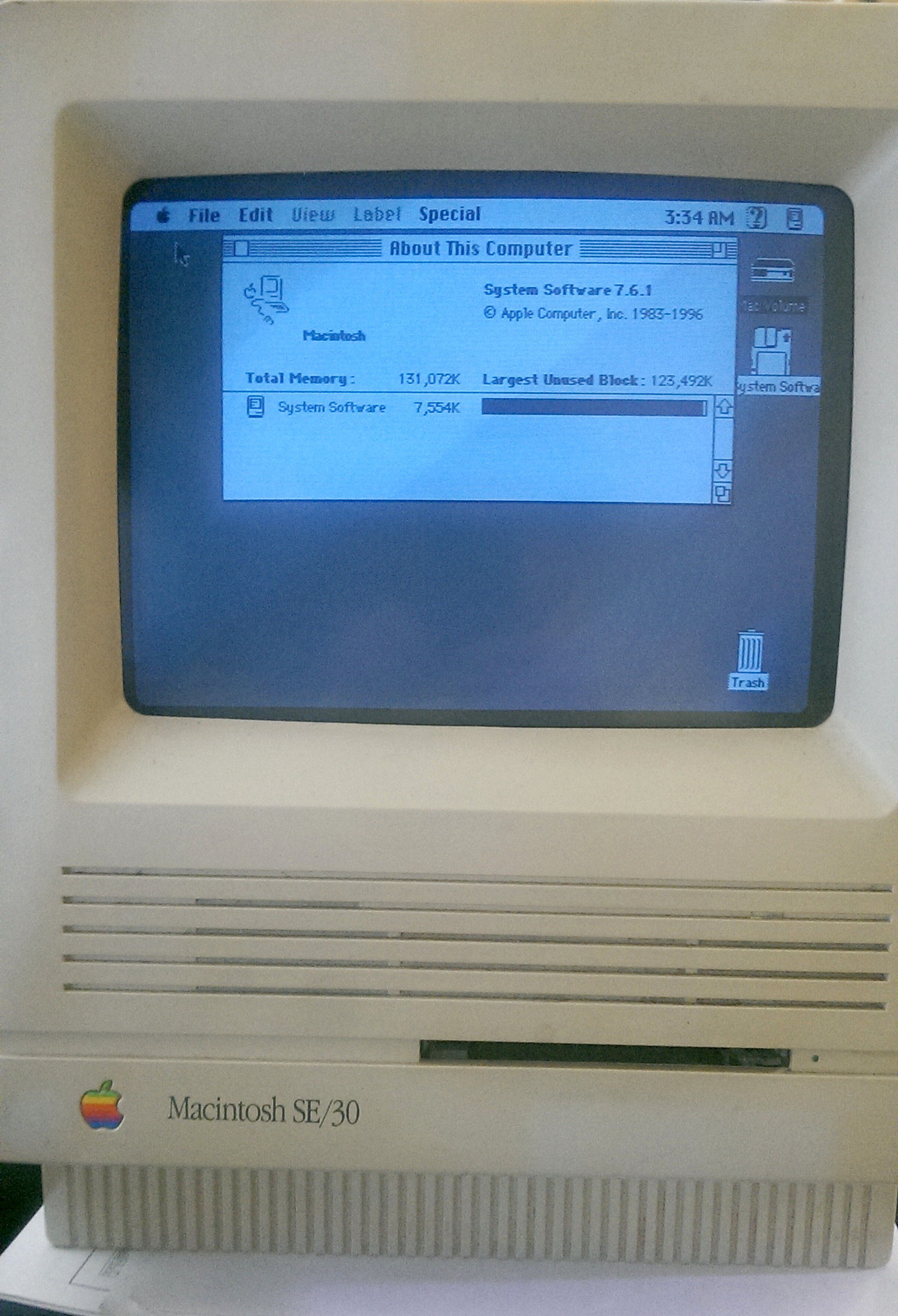 If the MAC has more than 16-32MB it will take a long time to do a cold startup as the memory test can take up to 1 minute on a 128MB machine. Some people at the 68kMLA forum have developed a small patch to disable the memory test to increase boot speed.

Using larger flash memories it is possible to add a small ROM disk to the flash and boot MAC OS directly from the ROM without any floppy or HDD. This was also developed by the folks at 68kMLA.

Using the IIsi ROM adds back the support for the HD20 which is not present in the original SE/30 ROM.