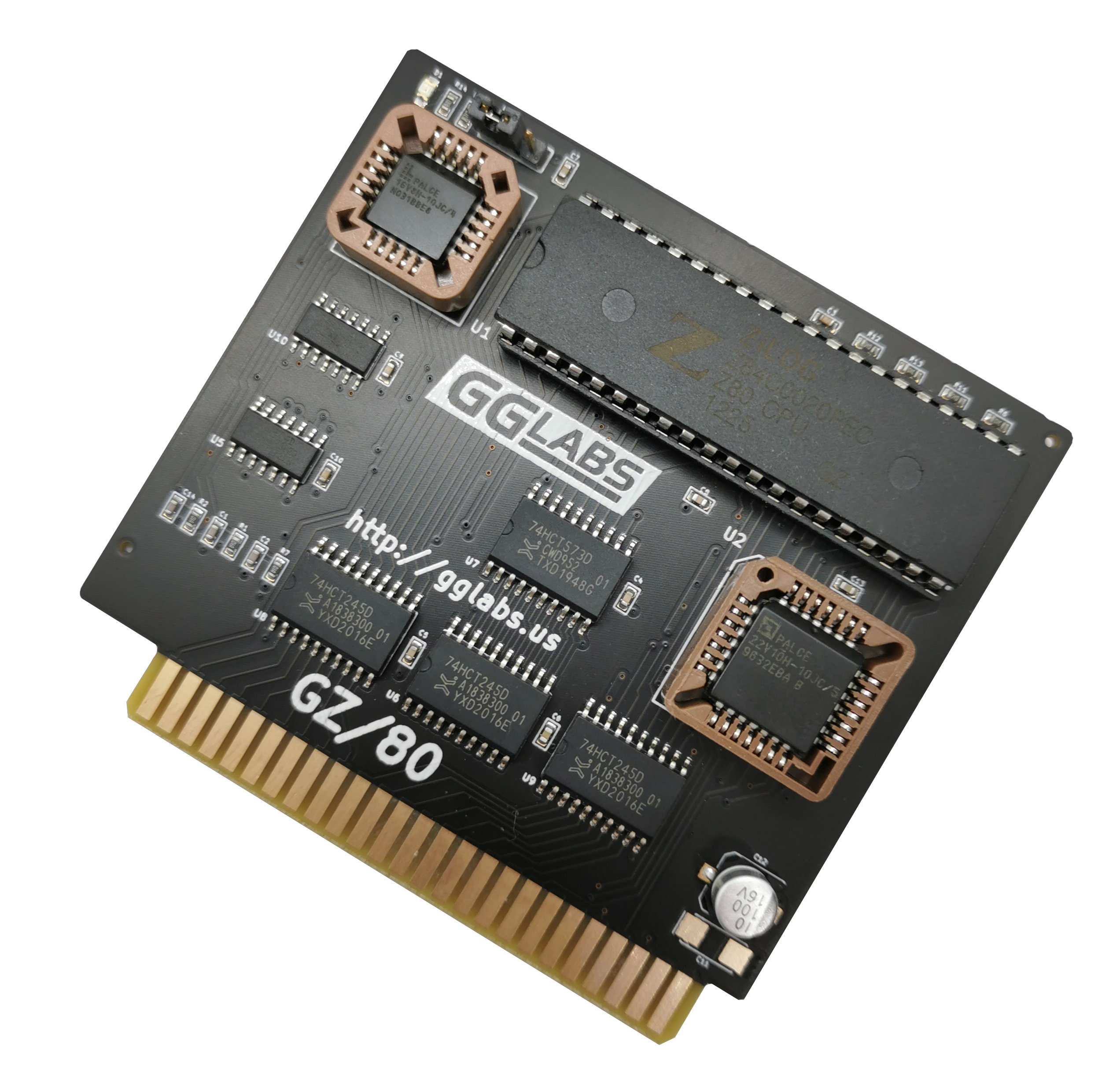 The GZ/80-A04 schematics is very similar to the previous GZ/80-A03. The two notable differences are the removal of a few unused options and the use of SMT components for all the standard TTL logic chips.
U5A, U5B, U4A, U4C and U4D take care of the Z-80 clock generation. U7 latches the data from the apple bus to the Z80.
The Z-80 is connected to the Apple II address and data bus using 3 octal tri state buffers (U6, U8, U9). The 74LS245 bi-directonal buffer was used because the pinout is a better match for the design vs. the uni-directional 74LS244. The gate U4B buffer the clocks for distribution on the card. The dual D-FlipFlop U13 is used to turn the card on and off. The GAL U2 perform the address translation and generates the remaining control signals. The GAL U3 contains the logic to generate the Z-80 WAIT# signal in turbo mode.

We tested the GZ/80 using many versions of CP/M and all worked as expected. On the IIgs it is often necessary to set the slot where the card is placed to "own card". Except the older A00 version, all cards work in "fast" mode.
Our team particularly liked the AE CP/AM 5.1.1 as on a IIgs it allows to boot and operate exclusively on 3 1/2" floppies. A 3 1/2" CP/AM boot floppy can be found below. CP/AM also seems to support smartport based hard drives, but we did not have enough time to test this functionality.

Any image compatible with the original Microsoft SoftCard will work on the GZ/80.
I am not aware of any image that will boot from HDD.