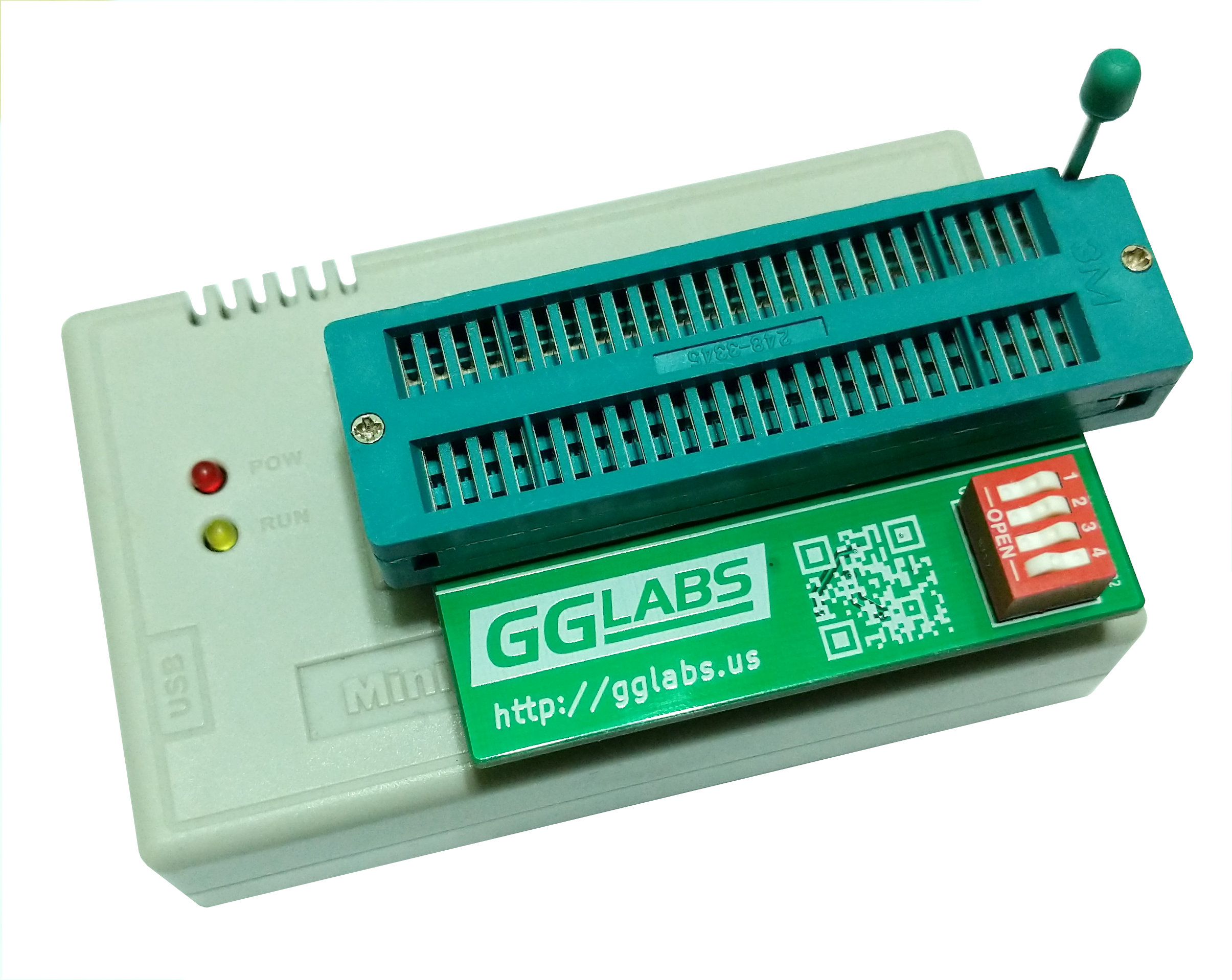 The design is based on the original E2R16 V2. It remaps the 27C4096 pins to the corresponding 27Cxxx pins. A 4-bit dip switch is used to select the 512KB bank to program for the larger chips.
A18 and A19 are trivial, they default to low and setting the corresponding switch to ON will set the address line high.
The circuit on A20 is necessary because pin 32 is assigned to VPP on the C800/C160 and to A20 on the C322. On the C322 the programming voltage should be applied to pin 13 (OE#). Dip switch 4 selects the C322 mode and re-routes VPP to the correct pin. D1 and R7 allows OE# from the programmer to work as expected while blocking the VPP voltage from flowing back into the programmer. Q4 and R12 prevent VPP from interfering with OE# during C322 reads and address the compatibility with some TL866. R11 is necessary to ignore A20 on while not in C322 mode.
The new layout also addresses the mechanical interference with the ZIF socket. 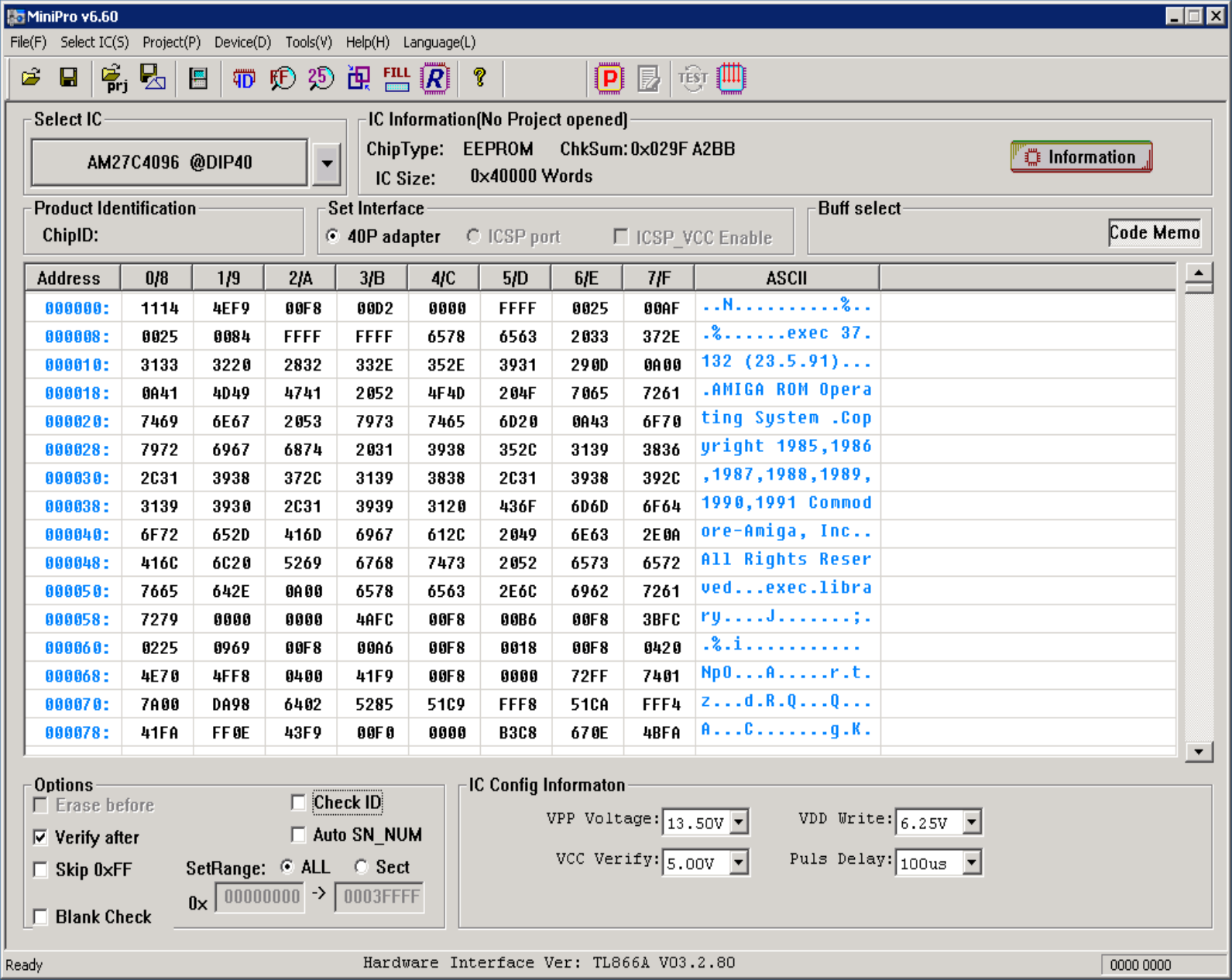 Is there a BOM for the board? I'm now sure what the device types for PNPs, FET and Diode are?

Just added a BOM table to the page

It should work on the TL866II as well

I did not test it personally but users have reported it does work on the TL866II as well.

I have checked my build over and over and cannot seem to get it working to program 27c400's with my TL866II Plus. It always writes zeros to all addresses ending in $40-$4f and $c0-$cf. I bought 2 different batches of 27c400's just to make sure it wasn't a problem with the chips. I have tested about 10 different chips with the same results. I was able to actually program 1 when I first got it, but not since. I'm sure there is an issue with my board, and maybe it's obvious but I can't figure it out. Any idea as to what connections to look at that might cause this problem?

If you can burn any pattern it means the active circuitry is probably correct.
I would try to check with an ohmmeter that all address pins are connected properly between the header and the socket.

Some TL866 II+ cannot detect correctly the adapter.
To fix the issue a 2.2k resistor should be added between pin 20 of the programmer socket (U2) and VCC.
These changes are reflected in the V2.2 of the adapter.